From Tiwa Savage and her happiness on “Sugarcane EP”, to Olamide’s grit and glory on ‘Wo’, we experienced numerous artists rise above their colleagues, creating a new status quo; one where they are winners, and reap the benefits of it. These are the hottest musical artists of 2017. 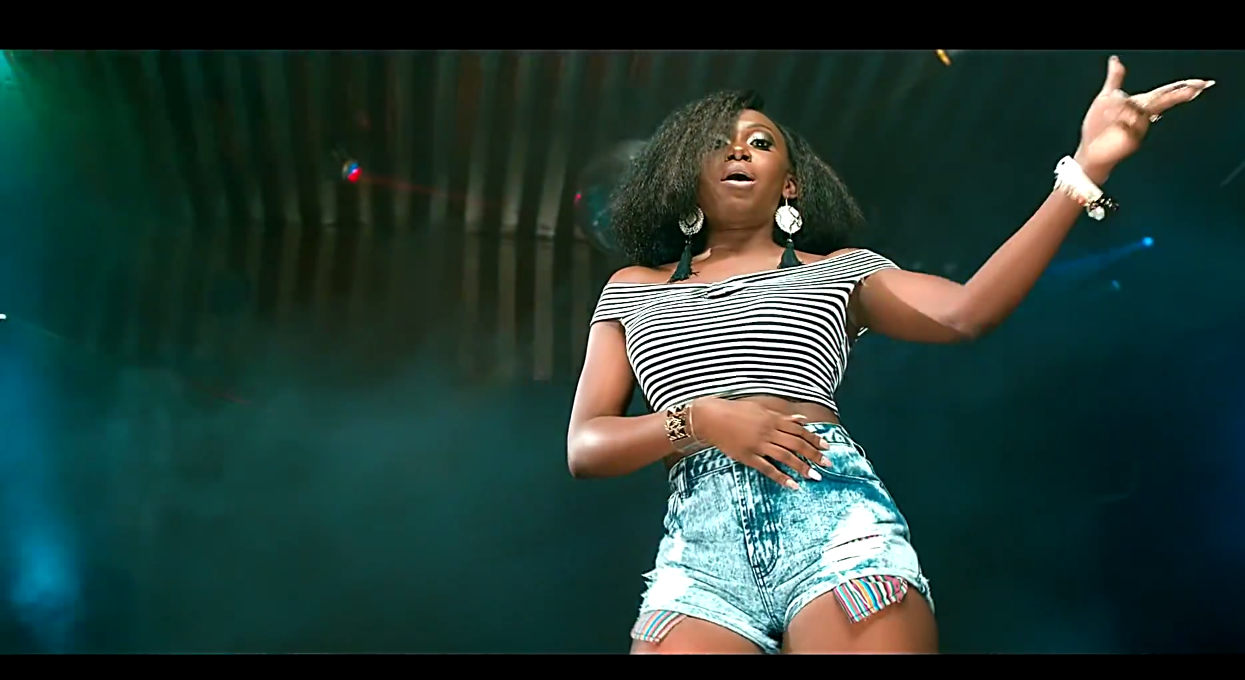 Since 2015, Niniola has always had one record to ensure her ascent up the industry’s food chain. This year, she finally had that record that signified her readiness to explode beyond Nigeria.

‘Maradona’, a single produced by Sarz, carried her name from Lagos to other parts of the world.
It also gave her the confidence to release her debut studio album “This is Me’. Niniola has found a formula to create and market House music for effect.

She’s proving, just like a number of artists including Adekunle Gold and Simi, that success can come from the road less travelled. With each stride she makes, she is unwittingly championing the cause of thousands of creatives who are questioning their uniqueness in this market. 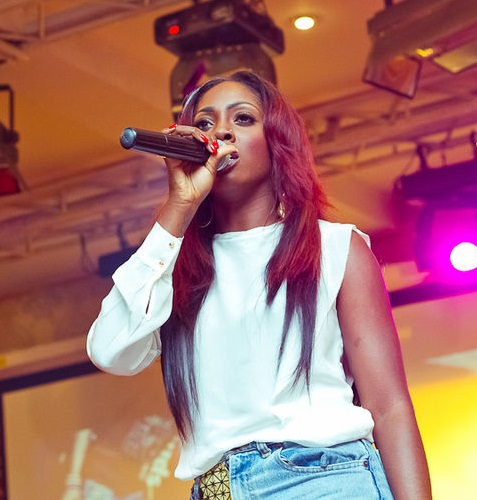 Tiwa Savage came into the New Year riding on her deal with JAY-Z’s ROC Nation. The Mavin Records singer continued her fine form with the release of her EP “Sugarcane.” The EP, which was a result of her happiness in 2017, contained the hit records ‘All Over’, and ‘Ma lo’ featuring Wizkid.

For performances, Tiwa Savage played a set at the Made In America concert, and also sprinted home with the trophy for Best Female in West Africa at the 2017 AFRIMA.

Simi’s sophomore album “Simisola” might be a music project for many people, but for others, it’s a way of life. The album which marks time as her first body of work since she blew under X3M Music is a beautiful body of work which artistically dissects love and happiness. Simi takes a universal subject and commoditizes it for pleasure. From that album, she scored the hit song ‘Joromi’, and headlined her concert, “See Me Live.”

With Baddo, every year is a good year. While the rapper started 2017 slow, he steadily picked up steam as the months flew by. His first dent was done by the record ‘Wavy level’. And although the single failed to dominate pop culture, it showcased Olamide’s desire to try out new things.

But where he scored victory was by returning back to the basics – The Street. Teaming up with Young Jonn again, Olamide released the record ‘Wo’, which instantly became a hit record. The song and its success informed Olamide’s decision to release his 7th studio album, “Lagos Nawa,” which explored the ‘Wobe’ sound.

Add that to the successful hosting of the fourth edition of his annual concert, Olamide Live In Lagos: The Concert (#OLIC4).

Mr Eazi continued a good run with strategy gains in 2017. Early in the year, the singer kicked things off with his EP, “Life is Eazi Vol. 1: Accra to Lagos.” From that EP, he pulled out the singles ‘Short Skirt’, ‘Tilapia’, Fight, In the morning, and ‘Leg over’.

‘Leg over’, is one of Nigeria’s biggest records in 2017. Eazi toured with the project, performing shows in numerous cities around the world. In July, he held a Lagos stop at the shrine, where he performed for over two hours. Eazi also scored a performance at The Late Late Show with James Corden, and made a remix of ‘Leg over’ with Major Lazer, French Montana and Ty Dolla Sign.

Falz carried 2017 with his music. The rapper led from the mic, dishing hit records with reliable consistency. His 2017 bests include ‘Jeje’, ‘Something light’, and ‘La fete’. All of these he did by fusing rap to different sound structures, and emerging with pure fire.

All of his good work didn’t end in loose singles. Falz topped it up with a surprise album, “27.” This was his third studio album, which has been a critical success.

Yceee went strong into 2017 with the release of his EP “The First Wave.” The singer whose growth has been steady since 2016, continued in fine form by scoring one of the biggest records of 2017, ‘Juice’. He’s also made waves with ‘Don’t need bae’, another record off it.
‘Juice’, produced by Adey, hosted Maleek Berry as a guest, and it topped charts across the country. It is one of Nigeria’s biggest records of 2017. The rapper also took home the AFRIMA award for Best Hip-hop Act in Africa.

It’s impressive to know that Tekno’s consistency since 2015 has become normalized. This year was pretty much normal service from the ‘Slim Daddy’. Tekno opened the year with the rise of ‘Rara’, and ended up with a basket of hits and speculative winning records. Songs such as ‘Yawa’, ‘Samantha’, and ‘Go’ were dance favorites, leading the singer to a great year.
He’s also heavily in the success of Davido, where his production and songwriting skills were instrumental to the creating the song of the year – ‘If’.

And to cap off his year, he’s collaborating with Canadian rapper, Drake.

Net worth N2.3 billion Taking the number 8 spot of Forbes list of the Top 10 richest musicians in Nigeria for the year 2017 is Banky W. He is currently the CEO of the popular Nigerian Music Record Label EME. In addition, he is the brand ambassador of Etisalat and Samsung Mobile for the West African region and also has a multi-million naira deal with Ciroc.

Net worth N4.5 billion. This is the living legend of the Nigerian music industry. He makes his money from shows and endorsement deals with top brands of the country. By far he is one of the most marketable musicians in Nigeria at the moment. The number four spot on this prime ten richest list of Nigerian musicians 2017 is well merited for 2Face Idibia.

In 2017, Wizkid unlocked a new level of powers and achievements. While 2016 had the singer break glass ceilings with his collaborations with Drake and the deal with RCA Records, Starboy began to show the workings of everything in 2017.

Wizkid has released his first album since signing to RCA records earlier this year, with Sounds from the Other Side now being available to stream. For the album, star teamed up with some big names, with the previously released Drake-featuring single “Come Closer” being included on the album, as well as collaborations with Major Lazer, Ty Dolla $ign and Trey Songz.

Awards flowed in for him, as the singer scored high on the continent, picking up trophies at the MOBOs, AFRIMA and others. He also got to give a historic performance at the prestigious Royal Albert Hall, London.

Two singles turned things around for Davido in 2017, and he has had a great run. OBO has released five singles in 2017, but ‘If’ and ‘Fall’ continue to be the best songs that Nigeria has had. Best not in terms of quality, but the commercial acceptance, and the cultural relevance that it has attained. As the year winds down, he’s ending on a high with two records ‘FIA’ and ‘Like dat’.

Where 2016 brought uncertainty for the star, 2017 has been nothing but blessings for Davido. In fact, he has had the best run of the lot in Nigeria.
In fashion, ‘If’ inspired a collection. Partnering with designer Adebayo Oke-Lawal, The ‘Orange Culture X Davido ‘IF’ capsule collection launched at Selfridges ‘Music Matters’ campaign on September 12, 2017.

As awards come and go Davido was successful at the MTV Europe Music Awards (MTV EMA) where he picked up the trophies for Best African Act, and Best Worldwide Act. At the MOBO 2017, he’s carried home the best African Artist. At the NEA Awards, high-flying Davido took home two awards for Hottest Single of the Year (“IF“) and Afropop Male Act of the Year. His protege, Mayorkun also took home an award for Best New Act.